Getting Gaia with Professor Tim Lenton 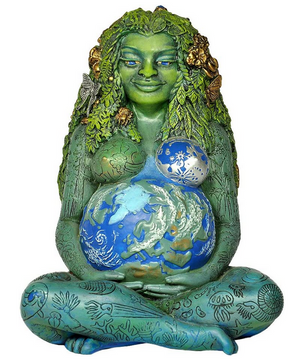 Following a spontaneous impulse I reached out to Professor Tim Lenton who is the director of the Global Systems Institute and Chair in Climate Change and Earth System Science at the University of Exeter, UK.

He worked closely with the scientist James Lovelock who is the originator of the Gaia theory, and Lenton is very active in research that looks at tipping points in our planet’s various systems. A tipping point is when a system that is stable and has a certain amount of elasticity crosses beyond the ability of the system to balance itself and then abruptly changes. The straw that broke the camel’s back, or something like that. Our planet has a few extremely important tipping points that we definitely do not want to put into jeopardy, and unfortunately, the warming of our planet is a ‘wicked problem’ that can tip over many of these systems which in turn tip over others and, yes the prognosis inspires us to create new ways of defining ‘bad’.

One of the reasons I was attracted to Tim’s work is that he also researches into what he calls ‘positive tipping points’. He talks about the radical as opposed to gradual shifts in human behaviour that can happen when the conditions are right. What kind of planet-friendly human behaviour shifts do we need, and when specified how can we focus on them to increase the probability of generating the kind of radical shifts in society that we need so that we can keep our new definitions of ‘bad’ purely theoretical?

One positive tipping point that I feel inspired to help push, and is very much one of the main drives for me to create Voice Ecology, is to deepen people’s connection to ‘nature’. There is a lot of research that shows that people who have a strong connection to nature are more likely to choose planet-friendly behaviours and be more proactive in their lives and communities.

It’s like, if you have a meaningful connection, then you care. You give a damn!

Tim agreed to meet with me, and during our conversation, I invited him to try a Voice Ecology exercise, afterwards he shared that, yes he knows exactly what I’m trying to do, and he would call it ‘getting Gaia’.

Right now, in our ever-deepening technological lives and modernity, we need to really make time and space to ‘get Gaia’, and let Gaia get us!